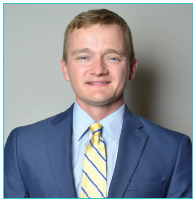 Licence
This is an open-access article distributed under the terms of the Creative Commons Attribution-Non Commercial-Share Alike 4.0 License, which allows others to remix, tweak, and build upon the work non-commercially, as long as the author is credited and the new creations are licensed under the identical terms.

The majority of Coats’ disease cases are diagnosed in the first decade of life, though cases with symptom onset and first diagnosis in adulthood are well documented. While the cases diagnosed in childhood and adulthood share many of the characteristic features that define Coats’ disease, adult cases have been shown to present with less severe disease manifestations and an increased incidence of macroaneurysms with perianeurysmal hemorrhage. We present two cases of Coats’ disease diagnosed in adulthood that demonstrate prominent arteriolar macroaneurysms with perianeurysmal hemorrhages and contribute to an understanding of the adult Coats’ phenotype.

A 58-year-old male with a history of controlled hypertension and hyperlipidemia presented with a complaint of poor vision in his left eye in excess of 5 years. He denied any changes in his right eye. Vision was 20/20 and counting fingers at 3 feet in the right and left eye, respectively. Anterior segment examination was normal in both eyes and the posterior segment of the right eye was normal.

Examination of the posterior segment of the left eye revealed multiple arteriolar macroaneurysms concentrated in the macula and inferior peripheral retina (Figure 1a). The macroaneurysms were associated with radiating, dense, intraretinal, and subretinal exudates. At the fovea, the exudates coalesced into a nodule, obliterating the foveal retinal laminations seen on spectral-domain optical coherence tomography (SD-OCT) (Figure 1b). There were associated hemorrhages overlying and surrounding the arterial macroaneurysms. Fluorescein angiography (FA) demonstrated early blocking from the hemorrhages overlying the macroaneurysms; midphase FA demonstrated macroaneurysms in the inferior retina, predominantly at the arterial bifurcations (Figure 1c). In the macula, few telangiectasias in the capillary bed were identified. There was extensive temporal peripheral capillary non-perfusion and remodeling of the peripheral vasculature, with late leakage noted in these areas (not pictured).

Given the chronic appearance of the exudates and lack of late leakage on FA concerning for disease activity or neovascularization, the patient was observed, with consideration for future laser photocoagulation if he was to demonstrate signs of disease activity.

A 59-year-old male with a history of controlled hypertension, hyperlipidemia, cerebrovascular accident, and bladder cancer presented with complaints of decreased vision and a scotoma in the right eye for 3 months. Best-corrected visual acuity was 20/70 and 20/20 in the right and left eye, respectively. Anterior segment was unremarkable in both eyes and the posterior segment examination of the left eye was also normal.

Examination of the posterior segment of the right eye revealed multiple, multifocal arteriolar aneurysms in the macula and periphery (Figure 2a). The macroaneurysms were associated with intraretinal hemorrhages, circinate hard exudates, and associated macular edema. Fluorescein angiography demonstrated macroaneurysms, telangiectasias, and capillary non-perfusion (Figure 2b). Imaging of the left eye was normal, without vessel straightening or peripheral non-perfusion.

Given the patient’s history of stroke and the embolic appearance of the macroaneurysms, the patient underwent carotid duplex ultrasound and an echocardiogram to rule out a potential source of embolic lesions. These studies were unremarkable and treatment was begun with peripheral scatter laser photocoagulation.

Four months after presentation, he developed neovascularization elsewhere and was treated with intravitreal bevacizumab with regression of neovascularization and marginal improvement in his macular edema. The patient was then maintained on regular intravitreal injections of alternating bevacizumab and triamcinolone for several years during which time his vision remained in the 20/70–20/80 range. His edema improved with treatment but never resolved (Figure 2d and 2e).

Two years after presentation, the patient elected to discontinue intravitreal injections during which time his macular edema worsened and his vision declined to 20/150. He later resumed intravitreal injections and was treated with focal laser photocoagulation to two macroaneurysms associated with exudates threatening the macula with reduction of macular exudation and improvement in the macular edema though with minimal improvement in vision, likely due to obliteration of the subfoveal ellipsoid zone (Figure 2c).

The cases of adult-onset Coats’ disease described herein demonstrate a phenotype of predominantly arterial macroaneurysms with perianeurysmal hemorrhages and exudation and minimal telangiectatic changes at the capillary level that otherwise defines the classic childhood manifestations of the disease.

Our understanding of adult-onset Coats’ disease has advanced through various case reports and case series that elucidated the similarities and distinctions between adult-onset and childhood-onset Coats’ disease. Many features are shared between the two phenotypes of this disease such as male predominance, unilaterality, and the characteristic vascular aberrations of telangiectasias, capillary non-perfusion, and aneurysms.[8,9]

Yet, there are other features that distinguish adult-onset and childhood-onset Coats’ disease. Case series on adult-onset Coats’ disease reports that the majority of eyes demonstrated limited geographic involvement of the fundus involving 6 or fewer clock hours, as opposed to childhood-onset Coats’ which features more diffuse involvement of the fundus.[8,9] One of our cases demonstrates this sectoral, largely temporal, involvement, whereas the other case exhibited a panretinal distribution.

A unique aspect of these two cases involved the extensive macroaneurysms with associated circinate rings of exudation and hemorrhage. This phenotype shares some of the chronic features of idiopathic retinitis, vasculitis, aneurysms, and neuroretinitis (IRVAN) given the appearance of the arterial macroaneurysms at the bifurcation of the vessels and associated non-perfusion. Notably, however, the bilaterality of IRVAN and appearance of neuroretinitis is absent in these cases which preclude this diagnosis. The etiologic role of systemic hypertension is also relevant when considering our patients’ phenotype. Both of our patients had a history of hypertension, which was known to be controlled during their period of assessment and treatment. Nevertheless, the underlying vascular anomalies of Coats’ disease may potentiate the evolution of hypertensive macroaneurysms in these adult patients.

An understanding of the SD-OCT findings in these cases benefits from the recent work elucidating the ways SD-OCT can augment the diagnosis and inform the prognosis in Coats’ disease.[11,12] The significant outer retinal atrophy over the foveal fibrotic nodule in our first case is an SD-OCT finding that Ong et al. noted is often underappreciated on clinical examination.[11] Their study noted that subretinal fluid, multilayered exudates, retinal rosettes, and intraretinal vessels to fibrotic nodules were other microstructural features revealed on SD-OCT. Gupta et al. similarly reported the ability of SD-OCT to detect microstructural features not evident on clinical examination and also studied the link of SD-OCT findings to visual prognosis.[12] Ellipsoid zone (EZ) and external limiting membrane (ELM) disruption on SD-OCT most significantly affected pre- and post-treatment visual prognosis, with subfoveal nodules, subretinal exudates, and subretinal fluid also serving as negative prognostic visual factors. The ability of SD-OCT to inform visual prognosis by these findings is most relevant to our first case, where the large subfoveal nodule with overlying loss of the EZ and ELM renders a patient with Stage 2B disease a far worse prognosis than a typical patient with Stage 3A disease with intact foveal laminations.

It remains unclear if adult-onset cases are detected later due to a milder phenotype that renders the patient asymptomatic until adulthood versus a true differentiating phenotypic feature of the disease that suggests a different pathogenesis. Earlier stage of disease and less clock hours of retinal involvement suggests that adult-onset Coats’ may merely represent a milder former of childhood-onset Coats’ disease. However, the pathology of arterial aneurysms with hemorrhage at the 1st and 2nd order vessels rather than at the microvascular level suggests a phenotypic difference that warrants further study.

The authors certify that they have obtained all appropriate patient consent.

Dr. Rishi P. Singh is on the Editorial Board of the Journal.