Translate this page into: 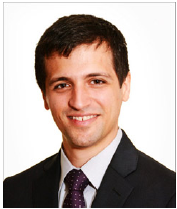 Licence
This is an open-access article distributed under the terms of the Creative Commons Attribution-Non Commercial-Share Alike 4.0 License, which allows others to remix, tweak, and build upon the work non-commercially, as long as the author is credited and the new creations are licensed under the identical terms.

Iris pigment epithelial (IPE) cysts are a subset of iris cysts that arise from the IPE. They are spontaneously erupting epithelial-lined cavities that are found in various anatomic locations of the iris, including the iris pupillary margin, midzone, periphery, and free floating in the vitreous or anterior chamber. We report the case of an asymptomatic 13-year-old boy with an incidental finding of a dislodged anterior chamber cyst diagnosed on routine examination. Modern multimodal image analysis of the cyst including anterior segment optical coherence tomography and ultrasound biomicroscopy (UBM) was utilized to characterize the microstructural anatomy of the lesion. The patient was managed conservatively without complications. Cysts of the IPE typically do not affect vision or ocular health and can be monitored and observed after ascertaining no associated malignancy. Initial diagnostic investigation can include UBM and anterior segment optical coherence tomography. Intervention should be reserved only for cases where the cyst growth leads to obstruction of the visual axis and/or other secondary complications.

The iris is a well-established source of both benign and malignant masses and cysts. The largest case series of iris-based tumors suggests that 79% are solid lesions and 21% are cystic lesions.[1] Solid iris tumors are usefully stratified as being melanocytic (e.g., nevus, melanoma, and melanocytoma) or, much less commonly, non-melanocytic (e.g., vascular, fibrous, epithelial, metastatic, choristomatous, myogenic, neural, epithelial, xanthomatous, and lymphoproliferative). Cystic lesions usually originate from the iris pigment epithelium (IPE) and rarely the iris stroma.

Primary IPE cysts are spontaneously erupting epithelial-lined cavities. These cysts can be found in various locations, including the iris pupillary margin, midzone, periphery, and free-floating in the vitreous or anterior chamber. Anterior chamber IPE cysts have been the subject of curiosity and discussion in the literature since as early as 1865 when Allin, Knapp, and Hulke formally discussed their management of anterior chamber cysts originating from the iris.[2]

The following case and discussion describe a free-floating anterior chamber IPE cyst in a child, and multimodal imaging is utilized to characterize the microstructural anatomy of the lesion.

A 13-year-old boy was referred by an optometrist for evaluation of an anterior chamber mass lesion that was found incidentally on routine examination. The patient had no prior significant medical history and no relevant family history, including malignancy. The only medication that he used was doxycycline for acne. The visual acuity, intraocular pressure, and pupillary examination were unremarkable. On slit-lamp examination, a pigmented, round, cystic, free-floating structure was noted in the anterior chamber, which was consistent with an IPE cyst (Figure 1).

The cyst was found to be mobile and underwent a change in position in the anterior chamber with both the patient’s positional changes and aqueous humor currents. The remainder of the examination, including the vitreous and posterior structures, revealed no pathologic changes. The examination findings prompted further investigation, including external photographs focused on the anterior chamber (Figure 1), ultrasound biomicroscopy (UBM) (Figure 2), and anterior segment optical coherence tomography (Figure 3).

The imaging findings demonstrated one free-floating anterior chamber cyst in the right eye and multiple posterior peripheral iris cysts bilaterally. The free-floating cyst had a round hyperreflective/hyperechoic thin shell with uniformly hyporeflective/hypoechoic content. The patient has since been scheduled for routine monitoring on a yearly basis.

Although IPE cysts have been widely reported, this is the only known report that includes anterior segment optical coherence tomography (AS-OCT) and UBM findings of a free-floating anterior chamber iris cyst. The dislodged cyst was found in the setting of multiple and bilateral cysts located in the periphery near the ciliary body.

There are important clinical features that differentiate IPE cysts from other diagnoses. Anterior chamber free-floating IPE cysts typically appear inflated, smooth, and brown and are found in the inferior angle only while the patient is upright, as they respond to gravitational forces. Patient’s head position can be adjusted to differentiate an inferior peripheral IPE cyst from a mobile free-floating cyst. Cysts that dislodge into the vitreous tend to be less mobile due to the inherent properties of the vitreous gel, especially in younger patients, and these findings can be observed with ophthalmoscopy. The main clinical diagnostic challenge when faced with dislodged cysts arising from the iris is to ascertain the benign versus malignant nature of the cyst. Observing the clinical course is particularly helpful as a benign IPE cyst is stable, non-progressive, and of no visual consequence, even in pediatric patients.[3]

UBM is another important diagnostic tool to elucidate the hollow and/or cystic component of the lesion and differentiate it from more solid uveal tumors such as melanoma, adenoma of the IPE, and medulloepithelioma. For instance, ultrasonography of medulloepitheliomas can reveal heterogeneous echodensity patterns and high internal reflectivity of calcifications;[4] findings that would be not be present in an IPE cyst. AS-OCT has also been used for high-resolution imaging of fixed IPE cysts. Hau et al. reported that AS-OCT offers a superior resolution of the anterior and lateral surface of iris lesions, but that UBM offers better posterior and overall visualization of iris lesions including IPE cysts.[5] Free-floating IPE cysts in the vitreous cavity have been imaged previously also, which showed similar microstructural properties of a thin hyperreflective shell with homogenously hyporeflective content.[6]

The first-line management of a dislodged iris cyst is observation. It is appropriate to consider intervention only when the cyst leads to complications. Complications that arise typically are mechanical in nature and associated with cyst growth, such as pigment dispersion syndrome,[7] plateau iris, and angle closure glaucoma before dislodging, recurrent iritis, and direct angle obstruction from multiple small cysts.[8] Other types of iris cysts can directly obstruct the visual axis and require intervention, including those that are large and originate from the iris pupillary margin such as iris flocculi or giant midzonal/peripheral IPE cysts.

Shields et al. recommended that non-invasive measures be taken initially in an attempt to relieve vision impairment. For instance, if the cyst is obstructing the visual axis, dilation may clear the visual axis and avoid intraocular surgery. Other minimally invasive approaches to consider include fine-needle aspiration to deflate the cyst and yttrium aluminum garnet laser disruption to collapse the cyst.[9] Rotsos et al. recommended that a wide excision of the intact cyst is preferable for complicated cases.[10]

Free-floating anterior chamber IPE cysts are an uncommon finding and generally do not cause vision impairment. Initial imaging is prudent to evaluate for related solid tumors. These cysts can be monitored with observation alone and minimally invasive intervention should only be considered if complications arise.

The authors certify that they have obtained all appropriate patient consent.

Dr. Yoshihiro Yonekawais is on the Editorial Board of the Journal.

This website uses cookies to improve your experience while you navigate through the website. Out of these, the cookies that are categorized as necessary are stored on your browser as they are essential for the working of basic functionalities of the website. We also use third-party cookies that help us analyze and understand how you use this website. These cookies will be stored in your browser only with your consent. You also have the option to opt-out of these cookies. But opting out of some of these cookies may affect your browsing experience.
Necessary Always Enabled
Necessary cookies are absolutely essential for the website to function properly. This category only includes cookies that ensures basic functionalities and security features of the website. These cookies do not store any personal information.
Functional
Functional cookies help to perform certain functionalities like sharing the content of the website on social media platforms, collect feedbacks, and other third-party features.
Performance
Performance cookies are used to understand and analyze the key performance indexes of the website which helps in delivering a better user experience for the visitors.
Analytics
Analytical cookies are used to understand how visitors interact with the website. These cookies help provide information on metrics the number of visitors, bounce rate, traffic source, etc.
Advertisement
Advertisement cookies are used to provide visitors with relevant ads and marketing campaigns. These cookies track visitors across websites and collect information to provide customized ads.
Others
Other uncategorized cookies are those that are being analyzed and have not been classified into a category as yet.
SAVE & ACCEPT